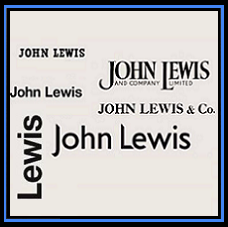 There are many components that are used when social engineering online stores to the likes of (for example) Amazon, and In order to carry out tasks successfully with minimal disruptions, the SE'er must be organized by preparing everything prior to when the SE takes place. For Instance, If you were to use the "serial number method" to claim a refund for an Item you don't have to begin with, It's almost certain that the representative will need to verify your purchase, by asking for the "POP" (Proof Of Purchase). As a result, you'd have to be ready for such a request by having a fake receipt already Photoshopped, thereby complying with what the rep asked- there and then.
The same applies when you're SEing anything relative to a  "GC" (Gift Card). When you buy one from a particular store, you'll obviously receive the card Itself and along with that, will be a receipt that lists the amount of cash that you added to It at the time of purchase. If It's "John Lewis" that you happen to be social engineering, then this contribution will suffice your needs. It's a "John Lewis gift card receipt", and you can use It to SE the rep/agent/employee by saying that the amount of money on the card, Is less than what's shown on the receipt.
For example, If you added £50 to the gift card, edit the receipt to £100. This will give the Impression that your gift card should contain £100. There's a lot more to It than that, but It's beyond the scope of this article to cover the lot. I suggest using Adobe Acrobat or Photoshop to edit the file according to the nature of your SE.
Here's a screenshot of what to expect when the file has been downloaded. 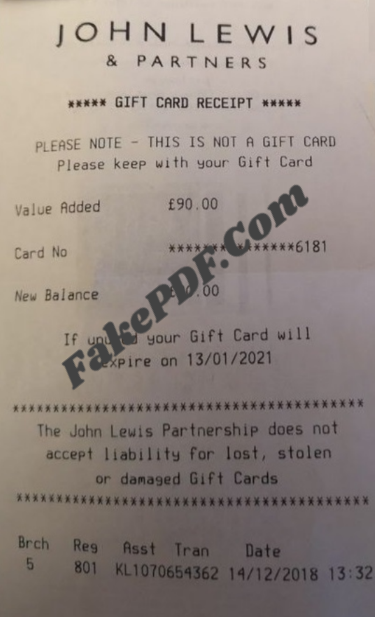